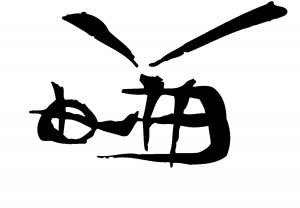 ‘Joyce is a talent worth watching’ Sunday Times Culture

On a fateful day in the late 90’s, a band called Ambisonic had a near hit with a song called ‘Helicopter Kinda Girl’, a musical narrative about a kooky super-heroine who landed on earth from outer space. The band may have since made a dignified retreat, but the legend of Helicopter Girl lives on through the singer of Ambisonic, the charismatic Jackie Joyce, who has adopted and brought to life the fictitious character via her potent, haunting and funky music.

Like her mysterious persona, Joyce remains something of a gorgeous enigma, her lyrics deliberately full of subtle ambiguities, her music like an audio-mist through the ears of the listener. It seems strange that this cosmopolitan, ethereal figure has her roots firmly planted in Perth, Scotland.

Her first album “How To Steal The World” was released in 2000 and was nominated for a Mercury Music Prize. The second album “Voodoo Chic” featured the airplay hit “Angel City” and was playlisted at Radio 2 for 5 weeks.

The third album, METROPOLITAN, released in 2006, successfully built on her first two records in terms of style and sex appeal. Taking electronica as its dominant theme it invites you to open up to the ever spiralling talents of the elegant and elusive Helicopter Girl.