Dharma welcomes the extraordinary talents of Kevin Pearce. The new album “So On” is released on December 8th.
Catch him live in December if you can. See his website for more details.

Order the CD direct from the distributor here

A few words about Kevin …

For some performers, music is an escape; for others, perhaps, a release. For Kevin Pearce it’s definitely all that – but for the Essex-based singer-songwriter, it’s also much more. From an early age, he thought music could help him be who he wanted to be; but first, Kevin had to imagine, then create, that person.

“When I was a kid I felt miles away from everything,” he says. “I never felt particularly involved. I remember being quite shy – painfully so at times. I would listen to my dad’s vinyl – Electric Ladyland, Bridge Over Troubled Water, Sgt. Pepper’s… – and the words and the sound just made sense. It was almost like I could lose myself in that, and I wouldn’t have to deal with things every day. I felt that being a musician and writing songs could almost be a character you could play – that you could do this thing, in the real world, that your normal personality didn’t feel comfortable doing”.

After getting his first guitar at the age of 10, and teaching himself to play by reading books and watching videos of Jimi Hendrix, Pearce quickly began writing. His first song was called Diamond Bullet – “it was half like Pixies and trying to be a tiny Bob Dylan,” he chuckles; “just thrashing it out on this classical guitar” – and it wasn’t long before this other character, who would wind up playing these songs on stage, started to form.

“It’s like an amplified version of me,” he says. “It’s a confident person, who half puts himself down at the same time. It’s a way to survive, I think, when you’re standing up in front of a load of people you don’t know. I’m quite a private person in my own life, while the person on stage is sociable, outgoing, more in-your-face: more punk. I would never say that I’m particularly an extrovert, even on stage, but there is an element of disregard for the real me. It’s almost an antidote to that”.

Slowly, the personality of Kevin Pearce, the on-stage performer, took on its own shape and life. Kevin – and his shadow – began to make some progress along the path towards whatever constitutes a career in today’s disintegrating music business. Early on, he attracted the attention of a manager whose previous clients included the ‘Daydream in Blue’ hitmakers I Monster. Kevin met Dean Honer, a member of I Monster and more recently The Moonlandinz and the pair established an ad hoc working relationship.

“We’d become really good friends,” Kevin says. “Dean is also from Essex originally, so we had that in common. Musically it was quite interesting. He wasn’t really coming from the song-structure world – he was a lot more into samples and electronics. I was coming from a bit of the song stuff, but I also liked dance music, drum ’n’ bass and hip hop. It became a kind of a crossover”.

Kevin and Dean worked together in 2010 on an album with I Monster’s Jarrod Gosling, released under the moniker Skywatchers, and the following year, Honer produced Kevin’s solo debut, the self-released Pocket Handkerchief Lane. In 2013 the partnership was at the heart of an ambitious pair of concept albums: Matthew Hopkins and the Wormhole Act 1 was a song cycle loosely based around a reimagined take on the life and work of the 17th Century East Anglian witch-hunter; Act 2 featured Honer’s reinterpretations of Pearce’s songs. And in 2014 the ever-ambitious Pearce released Dynamite, an album accompanied by a graphic novel he had written, the song lyrics and the story in the book complementing and weaving around one another. Honer was again involved, mastering the LP; guests on the record included Turin Brakes’ Olly Knights.

In many respects, Peace’s new LP – So On – is the culmination of what has gone before. Yet at the same time, it feels like the most focused and distilled version of Kevin’s eclectic approach. This time there’s no accompanying book, no second disc of remixes: but that’s not to say that Pearce has reined in his imagination or sacrificed any of his creativity. The songs deal with a broad range of subjects yet are hung together around consistent themes and preoccupations; and an artist who has spent half a decade balancing his interest in traditional song-craft with his fondness for electronic experimentation seems to have found a way to have both coexist on the same disc.

To assemble this concentrated set, Pearce has gone back to the time-honoured and trusted team he’s worked with throughout his career. Honer is back on the mastering desk, and plays synthesisers on the distinctive, human-meets-machine single, Heartbeat Mind; previous Pearce collaborators Eddie Myer (bass) and Adam Morris (drums) also return, as does Kevin’s girlfriend, Rebecca Hammond, who takes lead vocal on the chorus of one track as well as contributing backing vocals elsewhere. Jarrod Gosling drops in, too, playing mellotron on Velvet Moons.

“I think now – and especially on this record, and the stuff I’ve written since – for me it’s about putting a bit more energy into the music,” he says, explaining how this new-found synthesis of electronic and acoustic music looks from the inside. “Like how Motown was great songs, great rhythms: it’s kind of like that idea. Rhythm was kind of the bedrock of the album. With electronic music you can put the drum machine on a loop, and that’s your vibe, your template; then play along to it. You can feel you’ve got this whole orchestra – this kind of heartbeat or pulse – and that’s pushed me, rather than simply keeping on writing with a guitar in my hand”.

The record’s themes may at first appear scattered or diffuse. There are songs about mental illness; about the way work forces people into social straitjackets; about Britain’s housing crisis and exploitative landlords; even one about the opera singer Maria Callas. But what unites them is a sense of the personal and the emotional, and an intention to provide help, advice and support. It reflects, perhaps, the sonic approach, where different textures and techniques are combined to give the sound its uniqueness and power.

“Hopefully the topics are things people are going through themselves, or have experienced, and they can get something out of it,” he says. “Maybe someone’s dealing with some of these things, or going through an experience. We’re all going through elements or shades of pain. If you can help one person with a song, then you’ve done your job.”

So On – track by track

We were really skint – proper broke – and we tried to give a month’s notice and leave our rental contract. The landlord made it incredibly hard for us. They can pretty much do what they want. In the UK there’s wealthy people buying up properties, no-one can get on the housing ladder, people are living in really bad conditions, and in a wealthy country I don’t think that’s good enough. I’d been listening to a lot of Smokey Robinson and Marvin Gaye, so I had that kind of beat and bass line in my head.

Maria Callas was obviously this incredible talent and an amazing performer, yet underneath there was this turbulent, troubled life. It fell out quite quickly, that song, in about half an hour: I sat at the piano and it just happened.

That’s completely and utterly about one of the most horrible times I’ve ever felt in my life. I’ve never been one to go and talk to someone about my problems. So I did what I always do, which is music. It’s in a major key, which is quite strange. Maybe I was trying to lift myself out of it.

I recorded me hitting the body of the guitar as a drum beat, and I had this idea of jumping out of an aeroplane but having no experience of doing it. A lot of it’s about my reckless behaviour in the past: doing stuff and not thinking of the consequences.

A good friend of mine, his sister has schizophrenia. Her troubles started in secondary school: she wasn’t interested in what the other girls were interested in – she used to sit and read, and she was into classical music, and she was bullied horrendously. They used to call her 17th Century Girl. It’s kind of about her, and how her life’s shaped out since because of these people who were so intolerant of someone who didn’t fit into what their social construct was.

That’s about a lot of things, but it’s kind of about when external sources take over your heart, and you stop thinking. That can be dangerous and not dangerous at the same time. To be conscious and analytical all the time is exhausting. Sometimes you’ve got to just go and swim in the sea, so to speak.

No matter what you do, the sun still comes up. I think it’s about deciding to do that as well, yourself: just carry on. I know what it means to be happy, but it’s not a steady state. I think I’m an optimist, but optimism is about realising that there’s a lot of shit to get through and it batters you down – yet there’s still some amazing things to explore and experience. I think that’s what life is.

I was on the tube, in London, going to a gig, somewhere near Canada Water. Everyone else looked pretty much the same, in sharp suits, nicely dressed, coming back from work, and I was being looked at because I was the only one with a guitar. It’s not even that strange a thing – it’s not like I had a giraffe with me! The lyrics just rolled: I started typing them into my phone, and I couldn’t wait for the gig to be over so I could get back on the train home and finish the song.

Sometimes we elevate our ideals and get a bit one-track-minded. Maybe we bite off more than we can chew. We think that the pressure we pile on ourselves is important, but normally it ruins us. The title is like a reference to listening to your primal self when you’re tired. The whole thing is just four chords, but the dynamics rise and fall and dip. Adam is quite a big jazz player, and he just got it. It was the hardest song to get right.

That was inspired after my best mate’s dad died: about going to the funeral. He was a Tamil and he had quite a traditional burial. Obviously, funerals are heavy, but this was quite intense. I was writing about the realisation of mortality – you’d better get on with it, because you’ll be gone soon – and a sort of narration of the mechanics of the funeral itself. I wasn’t convinced by me singing the chorus. My girlfriend’s a singing teacher – she’s not into singing in that way: she likes teaching kids. But she did it, and it really suited her voice. It was the first time I realised that just because I wrote it doesn’t mean I have to sing it. That really opened it up, and it made the track so much better.

That’s probably the hardest one to talk about. I think I just felt quite isolated and that I couldn’t connect with anyone. Talking about their feelings is a real problem for men. The first line is, “Mind if I call?” – it was me saying to myself, “You should ring someone.” But I didn’t. So the song is about a version of me who actually does pick up the phone: it’s a conversation I wish I’d had at the time, but that I never had, so I wrote it in a song. 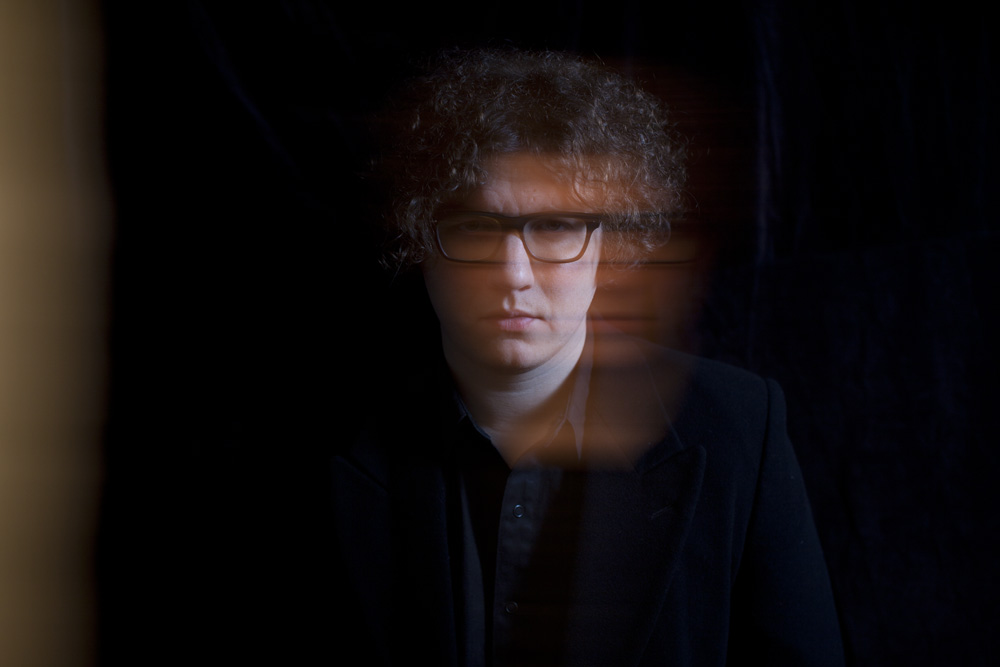 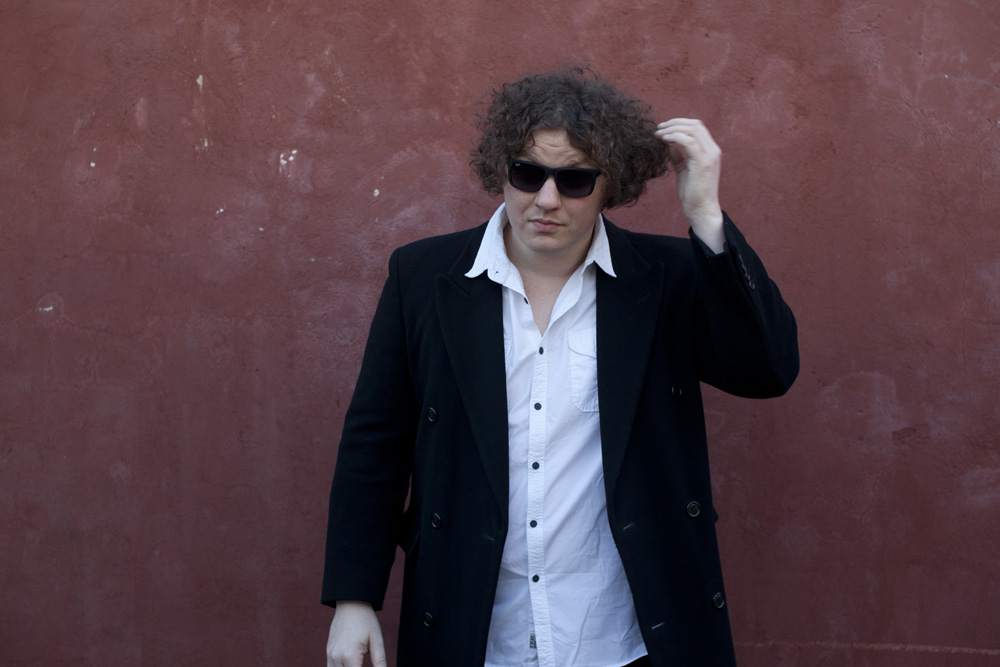