The making of Skeletons

I was in the middle of writing & doing demo’s for another album called ‘From The Shallows Of The Green Sea’ (which still lays dormant & unfinished on the cutting room floor) when Skeletons took over.
I went through a fortnight of insomnia and when I did sleep I would have these really vivid dreams & get up in the night & scribble down images & lyrics. I had no idea what I was writing about at the time, what the metaphors were etc… lots of bone & teeth references, skeletons, blood, horses dying etc… some pretty dark stuff. Some of the dreams were about people & places I hadn’t seen or thought about in years, people I’d forgotten, places left behind.
It just came straight from my subconscious. When I listen back to it now I recognise I was partly writing about the break-up of the relationship I was in before it happened. It’s my subconscious sensing what was coming before my conscious mind had any idea.
When I had the songs written I wanted to record them quickly while the songs were still fresh & I didn’t understand them completely. I went to my parents’ house, the house I grew up in, in South East London when they went away for a weekend & I moved in with a couple of mics, a guitar & my good friend Stan Kybert (Massive Attack, Paul Weller).

We recorded all the songs live in 1 or 2 takes. We wanted to capture an immediacy and an honesty that a lot modern records lack. I seem to remember we were listening to Heartbreaker by Ryan Adams a lot, Gillian Welch Harrow & the Harvest, Solid Air by John Martyn, Ethan Johns productions like Laura Marling’s I Speak Because I Can, Bruce Springsteen Nebraska, Joni Mitchell Blue. Neutral Milk Hotel, Leonard Cohen, Miles Davis Sketches of Spain, Nick Drake Pink Moon… We wanted to make something that had that weight, that honesty, but go further with it, the idea was to strip everything away & get right to the source of the song, to highlight the words. No drums & no faster than a heartbeat were the rules. We broke both those rules on ‘Someone Else’s Song’ but 9/10 isn’t bad.
We then went into Dean St Studios in Soho for a couple of days to do all the overdubs… we gave ourselves limitations, a palette of sounds to use… piano, reverb soaked electric guitar, mellotron, space echo… Then another good friend Alex Metcalf did these beautiful sparse string & horn arrangements which were played by the Wolfettes, & that was it. It was all done very quickly. 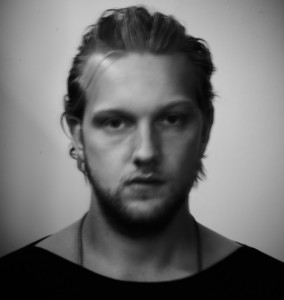 Skeletons is a song about a distant memory of a girl, when you’ve almost forgotten what she looked like, 10 years on, almost a memory of a memory. It’s broken up into flashes of images, a body shape; she was a ballet dancer who suffered from an eating disorder which is where the skeleton image came from. It’s about the inevitability of having to say goodbye but how no-one ever really leaves you.

Fangs is a about the feeling of hopelessness you get when you’ve been left behind. It’s about retreating into self destruction, feeling like you’ve been cheated & wanting to destroy everything beautiful. ‘Greying rainbows , spitting in the sea’.

Someone Else’s Song was written about feeling like everything you have belongs to someone else. Like you’re living someone else’s life, not living on your own terms. It’s also about accepting your own shortcomings & eventually your own mortality.

In Broad Daylight is written about a dream I had where I killed everyone I loved, family, friends, everyone. It was pretty gruesome but I remember in the dream I did it out of love. It was to protect them. Then, when I woke up I was convinced it was real. To find her in the bed next to me, alive, was the happiest I ever remember being. It’s a love song.

Mayflowers is the first verse to a song that I’ve been opening live shows with forever so I thought it was time to put it down on record. I wrote it in Ibiza. I hadn’t slept for days. It was a decadent week & when I got back to England I had an answer machine message from myself singing this weird, ghostly, strung out song I had no recollection of writing. The Wolfettes were incredible on this one. I told them I wanted it to sound like they were playing at the bottom of the sea… I think it does.

Horses is about another dream I had. In this dream I had to go & tend to a flock of sick horses who had a religious fever. How I knew that is beyond me. Their eyes had rainbows in them, they were foaming & bleeding colours, it was all very psychedelic & beautiful. They were in pain & somehow I knew, like you only can in dreams, that it was their religion that was preventing them from passing on, they needed to renounce their god to die & be released. It was a really powerful dream. I think it’s a metaphor about the earth or about me, or both, or neither.

Something That Lasts is a really old song. It’s really simple & it predates anything else on the record, in fact I think it predates everything on Morning Brings a Flood as well. It’s always been hanging around & the Wolfettes liked it so I put it on & it seemed to fit. I can’t remember what it’s about. I think maybe it just rhymes.

Milk Teeth is about my best friend when I was a little kid, about 7 or 8. She was called Heather & she lived next door. We loved each other but used to fight a lot & once we decided to have a jewellery fight. It seemed like a good idea at the time. My mum is a bit of a hippy hippy & I went & collected up all her turquoise, silver & bronze jewellery, Heather was proper south east London & she went and got her mum’s sovereign rings & big gold cockney bracelets. We were throwing them at each other & smashing each other to pieces with no idea of the consequences or the damage we were doing. It was pretty violent. Then we had to clean each other up & hide out for hours because we didn’t want our mums to find out we’d been fighting. Heather patched me up lovely. It’s about that violence followed by tenderness, those little moments & experiences that you have when you’re a kid that shape you, that beautiful naivety you have as a child where you’re fearless of pain.

When I first heard Neil Young ‘after the gold rush’, I was about 15. It was like a bomb going off in my head… like ‘what the fuck is this?!’ It’s like I had only ever heard people singing from their mouths & their throats & here was this guy singing straight from his soul. It’s like its being beamed from another planet. He’s just completely committed, focused & he’s got integrity coming out of his ears.
I decided to cover ‘Don’t Let It Bring You Down’ because it’s one of my favourites of his songs & I could hear this dark, thick version of it in my head. I tried to make it like it was a soundtrack to a David Lynch film. You can’t better a Neil Young song, you just have to do it different.
I recorded it separately to the others with another good friend Ben Roulston (Florence & The Machine) in a day at Dean St Studios on a strict diet of red wine, exploding bass amps, Golden Virginia & chicken dhansaks if my memory serves me… all of which I think are of course audible on the recording.

Separated By A Smile is about another dream in which people thought I was going mad when in fact I was gaining sanity & clarity, so they medicated me and put me in an institute & because of the drugs I actually did start going mad. I was seeing crazy things like people climbing up into someone’s mouth & flowers turning into a knife in my hand. I was starting to lose my grip on reality. It was really scary. Really psychedelic. It was like being in The Grandmother by David Lynch, really dark… Anyway, it really freaked me out & I woke up & wrote ‘Separated By A Smile’. A friend of mine called Duncan Mackay who used to be in Primal Scream came in and played Miles Davis muted trumpet all over it to give it that ghostly jazz thing… It’s my favourite track on the album.